Cocoa offers enormous Health benefits to the well-being of man. Cocoa is called Theobroma cacao in latin-meaning ‘’food of the gods’’ has its origin from Central and South America. This wonder crop plays a major role in the South American cultures. 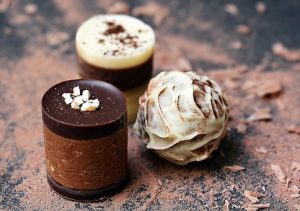 Cocoa was so valued to the extent of being used as local currency. Cocoa is not just a food but has a lot of health benefits and nutritional values for man’s well-being. Cocoa is rich with many minerals that the body need in daily activities. Cocoa is also rich in caffeine which if taken in excess could cause some health issues.

Below are some of the cocoa health and nutritional benefits and some of its dangerous effect on man if taken without moderation.

Cocoa bean mulch: Cocoa mulch is a by-product and is produced from the discarded shells of cocoa beans. Mulch is treasured in efforts to reduce weeds, regulate the temperature of the soil, prevent soil erosion, and increase the nutritive value of the soil. Roasting cocoa beans releases its shells which are further used to produce cocoa mulch. Cocoa mulch is rich in naturally available macro-nutrients such as potassium, phosphorous and nitrogen, all of which are valuable for plant health. Cocoa beans have water retention capability due to which it is also able to impede fire.

In addition to cocoa beans, other health and nutritional benefits cocoa has includes the therapeutic utilization of cocoa bark, butter and flowers have also been valued since ancient times for treating various diseases like skin ailments, bowel malfunction and wounds. Commercially available chocolates and cocoa-products may not be rich in the original beneficial flavonols of cocoa beans, since they might get destroyed by over-processing. In order to obtain the benefits of cocoa, it is important to consume the correct source of cocoa. A small piece of dark, unsweetened or unprocessed chocolate may be considered to add some flavor and health to your diet

Side Effects Of Cocoa

As cocoa has health and nutritional benefits for the well-being of human, it also some dangerous effects. it is true that cocoa is very rich in caffeine. Excess consumption of caffeine is not good for the body which may result to some side effects such as increased urination, loss of sleep, and unstable heartbeat. Much intake of cocoa with its caffeine content can worsen conditions of people already suffering from anxiety disorders or diarrhea. Caffeine can cause problem to abdominal discomfort in babies during breastfeeding if taken in excess. Cocoa may also worsen the condition of gastro-esophageal reflux disease and it is advised to be avoided prior to surgeries to avoid any interference with blood sugar control.

Cocoa can cause allergic reactions to those who possess a sensitivity towards it. Allergies include skin reactions, migraine headaches, digestive discomfort like gas and nausea.

Caffeine may influence the effects of certain medications prescribed before the diagnostic test that are associated with the heart. It is generally advised to avoid caffeine-rich beverages or foods before such cardiac examinations. It may interact with certain medications including clozaril, dipyridamole, ergotamine, phenylpropanolamine and theophylline and influence their effects on the body. In addition to this, cocoa might also interact with the drugs for asthma, depression and diabetes. Patients should consult their doctor before adding a new type of food to their diet.

Cocoa is truly nature’s gift to man… enjoy some cocoa chocolate! Eat it with moderation, anything excess is dangerous, cocoa is no exception. Cocoa is good for all.