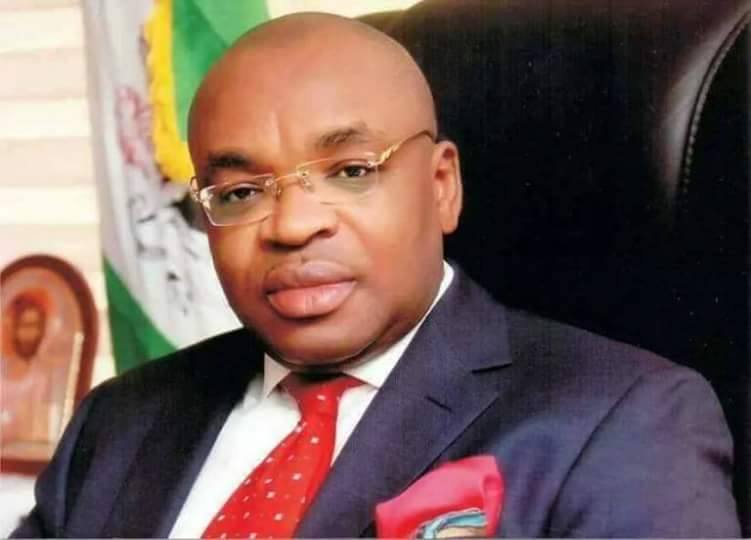 His Excellency was overwhelmed by the warm reception from Ikono people which was a sign of acceptance acknowledging his superlative performance over the last three years, as the event equally witnessed all Sons and daughters of the cradle land in their massive turnout.

Setting the tone at the event while inaugurating the hospital projects, the Governor clearly commended the people of Ikono for their receptiveness and support for development in the area, while commending them for the readiness to buy into any available government policy sued for the interest of the people. 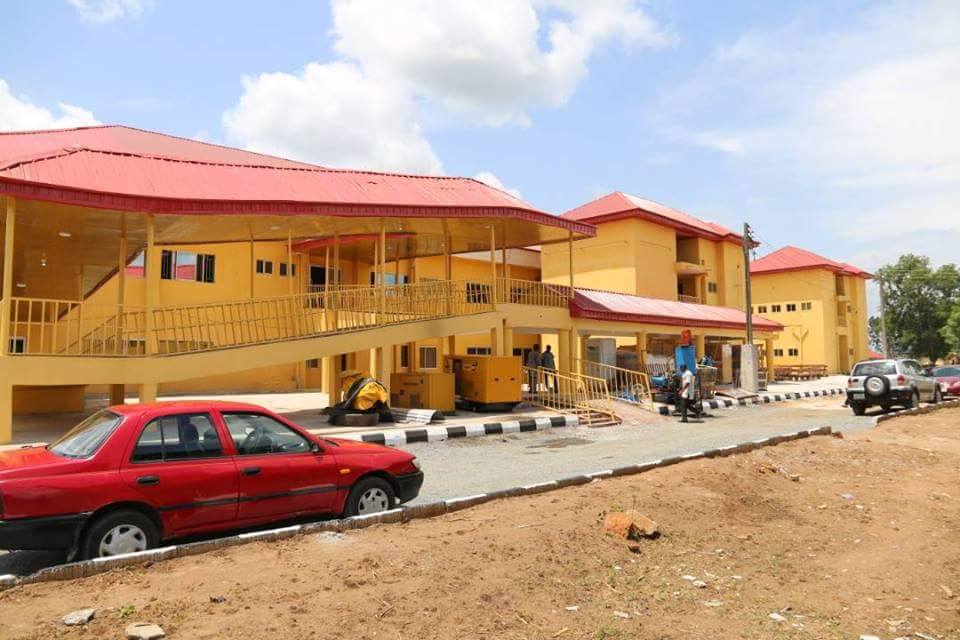 “Let me first of all appreciate the people of Ikono, because there are places you go and the people there reject development. I thank God Ikono people has never for once rejected development. What we are seeing today should speak for itself, so that is why I will not speak so much today; but believe me, I had a burden during my electioneering campaigns. Whenever I pass through here, I used to wonder if this was truly a hospital. And I saw the place like a tick bush, so I promised myself, if God could spare me as Governor of Akwa Ibom State, I will come back to change the story here”.

“This is one hospital which serves many other communities. People from Arochukwu, Obot Akara, and Ini come for medical attention here; and as a hospital directly opposite the Headquarters, so the hospital is part of the Local Government Headquarters, making what Ikono LG Chairman earlier said to be very true”. The Governor said.

The performing Governor further gave credence to the contractors for their meticulousness to deliver a superb design that gave the hospital an incomparable appearance.

“Let me also really appreciate those who did the job. They have done well, especially the landscaping different from any other. The point here is: we are not only building Secondary Health care in Akwa Ibom State, but I promised Akwa Ibom People, that I will change the face of medical care here. Today, we are commissioning what is going to be a new order in Secondary Health care delivery system”.

The Governor congratulated Ikono Council Boss, Hon. Itoro Columba, and sounded that this could only happen during the Chairman’s tenure in office, while appealing for a return of similar gesture during the general elections in 2019. He assured the people, that the era of error in medical experience was completely over in Akwa Ibom State. 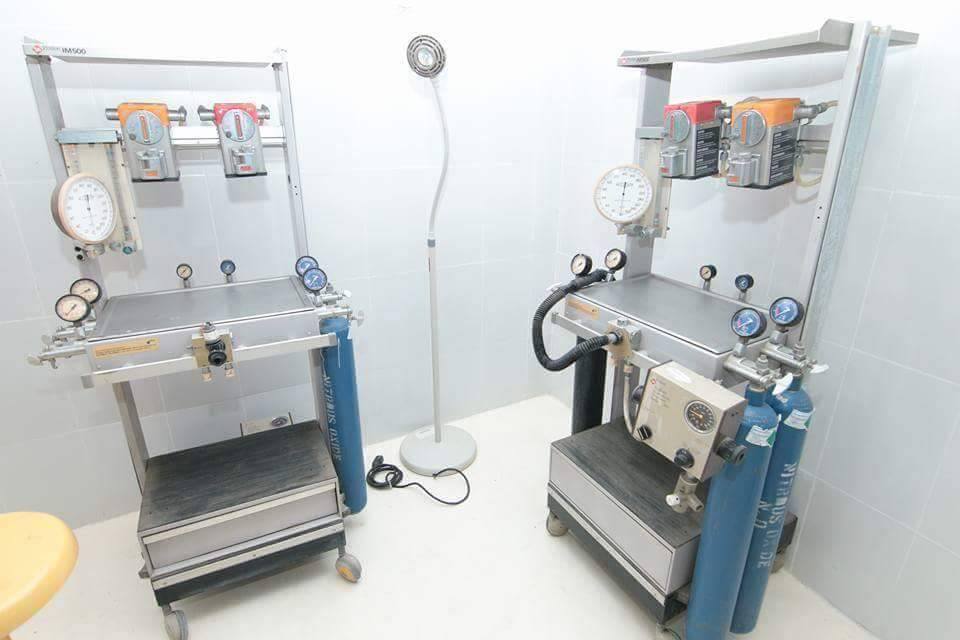 “Every major renovation, every major hospital we are rebuilding today, we are getting all of them completely digitalized, that once they puts your name, your medical records will be displayed. If by peradventure we seek medical intervention abroad, all we do is to copy your details in a flash drive and send them to anywhere in the world. What that also means is: the period of trial and error in medical service is over. And if you are transferred from here to General Hospital, Ituk Mbang, you will not need to buy another card there. All you need to remember is just your name, and the computer over there will bring all your details”.

“All our equipment are world-class by standard. We get them from United States of America and Asia. I give glory to God for this riverine hospital we are establishing in Ikono. You can go to anywhere, but this is the first medical system in Akwa Ibom State, and one of the very few, if at all there is any at all done by any State in Nigeria. So all I can tell the Chairman is, congratulations! This can only happen in your era as Chairman, and I hope you reciprocate the gesture”. His Excellency added. 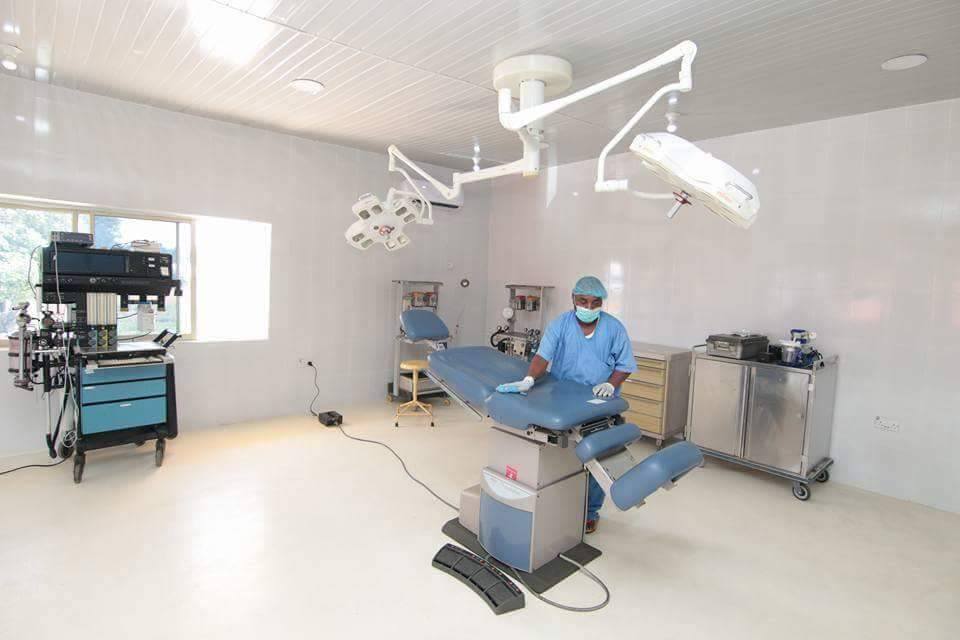 Speaking earlier, the Chairman reeled out his gratitude to Deacon Udom Emmanuel with excitement extolling him for his rare magnanimity shown to the people of the area which prompted him to renovate, raised the general hospital to a national standard; saying that such exemplary leadership could only be a demonstration of enormous capacity by the Governor.

“I stand here today to appreciate a man who means well for the people of Ikono. Today, we are witnesses to a demonstration of capacity, we are witnesses to ultra-love and the expression of love you have for the people of Ikono. We are thanking you, your Excellency! I stand here to say, that we are hugely motivated and indebted to you. What you have done today is not merely intervening on structures which eyes can see; what you have done today is ensuring that the lives of the people of Ikono are safeguarded, restored and protected. Their stories would be changed vis-a-vis the intervention in medical health system”. 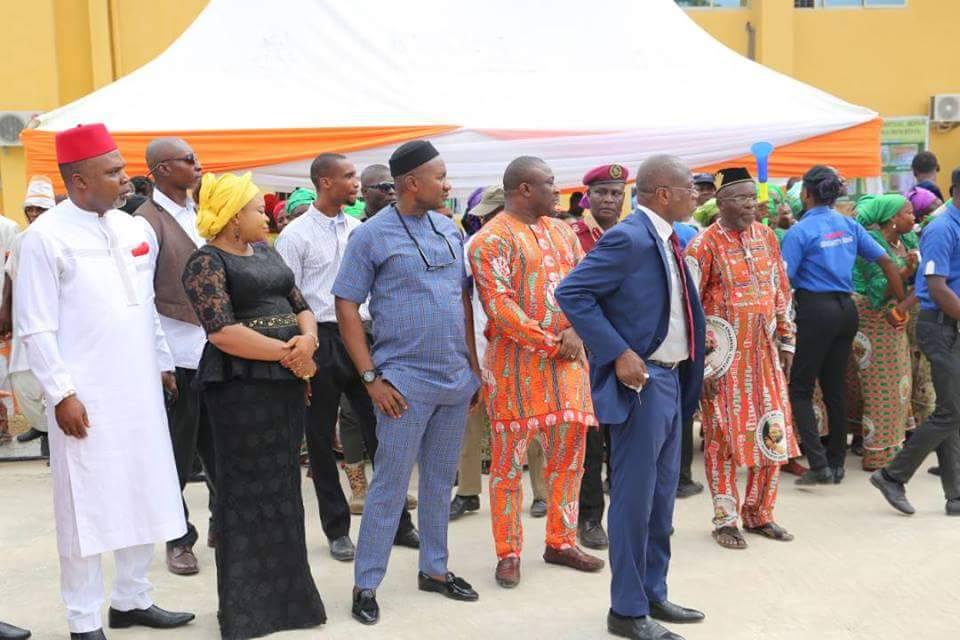 “Your Excellency, this hospital was established in 1991. It was an eyesore, and had gone down the drain before you graciously intervened. Whereas, you have brought life to Ikono through this monumental project, life will never depart from you, your family and your political adventure”. The Chairman said.

As it’s customary in any political assemblage in Ikono Local Government Area, the crowd-pulling public presenter turned politician vowed his readiness to win the minds of all the electorates in the area for the governor’s re-election into the Hilltop mansion in 2019 for a second term.

In his statement, “In 2015, we gave you 40, 000 votes, and that was at the time we didn’t feel your magnanimity and your love. Whereas, you have done this for us, I will like to report that with the marginal addition we have made, as you have to go back to the pool in 2019, be rest assured that we will return nothing short of 60,000 votes”. The ALGON spokesperson added.

His Excellency later inaugurated a 4.6KM Nung Ukim road, an inter-communal road linking the School of Arts and Science in Ikono. It could be recalled, that before now, the people of the area never had a good accessible road network. A dilapidated situation that further plunged into disarray all the academic activities in the College.

In his vote of thanks during the inauguration ceremony, a member, Ikono/Ini Federal House of Representatives, Rt. Hon. Iboro Ekanem thanked the people-oriented Governor for giving life back to the area, while the honourable commissioner for works, Mr Ephraim Inyangeyen redirected the people’s minds towards the dilapidated road situation before the state government graciously altered the bad operational narrative in Nung Ukim Village.