The Chairman, Ikono Local Government council, Akparawa Hon. Itoro Columba has been described by the National Association of Ikono students, Akwa Ibom State Polytechnic as, ‘Utuenikang Ndito UfokUwed Ikono’ in recognition of his leadership stern, educational advancement with passion to expand its frontiers. 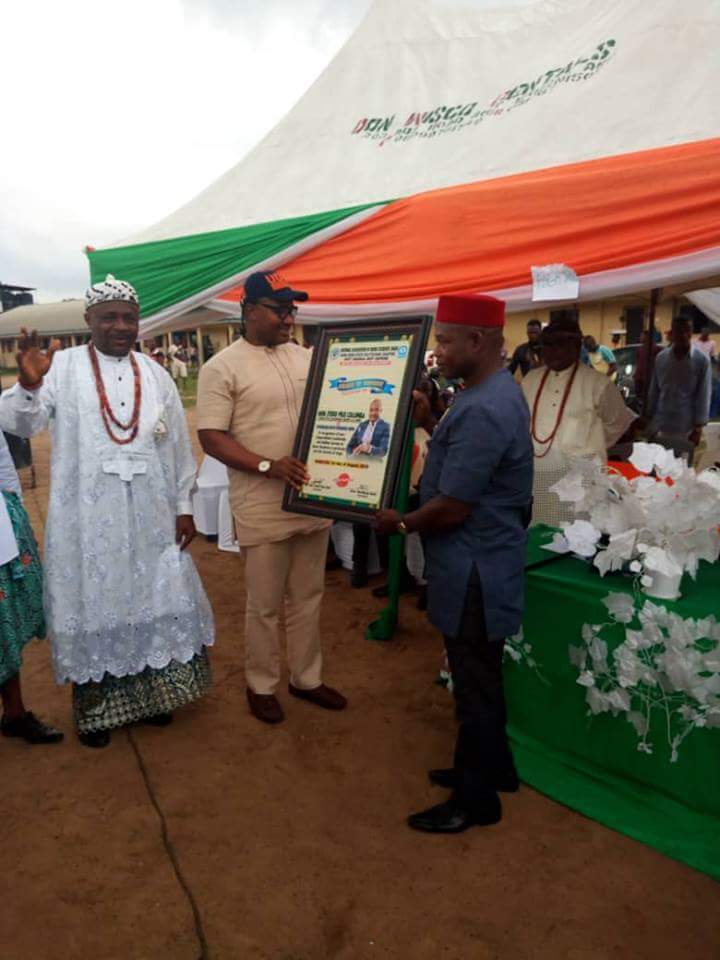 This was contained in a statement made by the NAIS, Akwapoly chapter President, Comrade Etim Etim Udoh during their cultural celebration and Award presentation in honour of a few highly revered personalities in the land held at the school compound, Ikot Osurua, Ikot Ekpene Local Government Area. This occasion is annually staged to mark and showcase the cultural heritage of Ikono, a place known as the cradle land and food basket of Akwa Ibom State.

In his fatherly advice, the award-winning chairman encouraged all the students to maintain decorum as great Ambassadors of Ikono, ignited patrotism, forged the team spirit in them, and also promised to pay for the upcoming Almanac to be produced by the Association.

Addressing the problems of students, the former Students’ Union Government President turned Ikono Local Government helmsman, in his usual generosity donated money to assist the Association maintenance and offset other academic challenges incurred by all the students in the institution.

Earlier, the capacity chairman had sponsored the event during their courtesy visit to him where the students described such assistance as uncommon; in assessing past council chairmen in history, a step they said rated his giant strides and performance while in office as unprecedented.

The chairman was flanked by his Special Assistant on Students’ Matters, Comrade Ndifreke Effiong Asuquo who also received an award as, ‘Eti-Adausung Ndito Ikono’ during the event.